Harris has already started the process by notifying California Gov. Gavin Newsom (D). She’s then expected to make an announcement on Monday resigning from her Senate seat, according to Harris aides.

“She’s notified Governor Newsom, and has sent her formal indication that she will be resigning on Monday, January 18. And then she will make a formal announcement on Monday,”an aide said.

Newsom has already announced that he will appoint Alex Padilla, California’s secretary of state, to fill Harris’s seat for the remainder of her term, which was scheduled to end in 2022.

Though the pick was lauded by labor unions and Latino organizations, it also rankled some who wanted Newsom to replace Harris with an African American woman.

Kamala Harris becomes the highest-elected woman in American history. And to being the first female vice president, Harris is also the first Black, Indian and Caribbean American woman to serve in the country’s second-highest office.

Kamala Harris sent a brief letter to California Gov. Gavin Newsom (D) formally announcing her resignation. Read the letter, a copy which we obtained, below.

I hereby resign as Senator from the State of California, effective January 18th, 2021 at 12:00 p.m. EST. As I assume my duties as Vice President of the United States, I would like to thank the people of California for the honor of serving them in the U.S. Senate over the past four years. 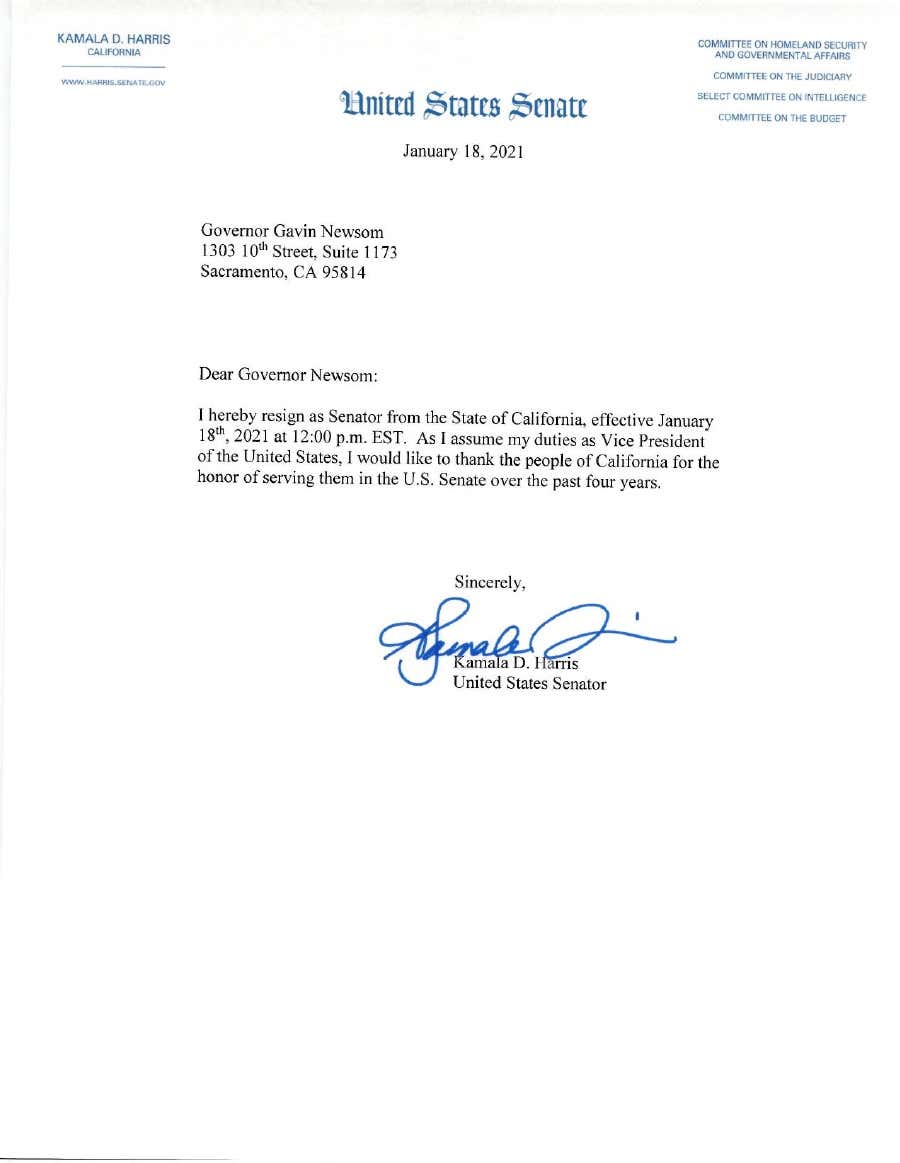 My1sttodday: Joe Biden just won himself a second term ticket with his outstanding address to Congress. President Biden laid out a record of accomplishment in...
Read more