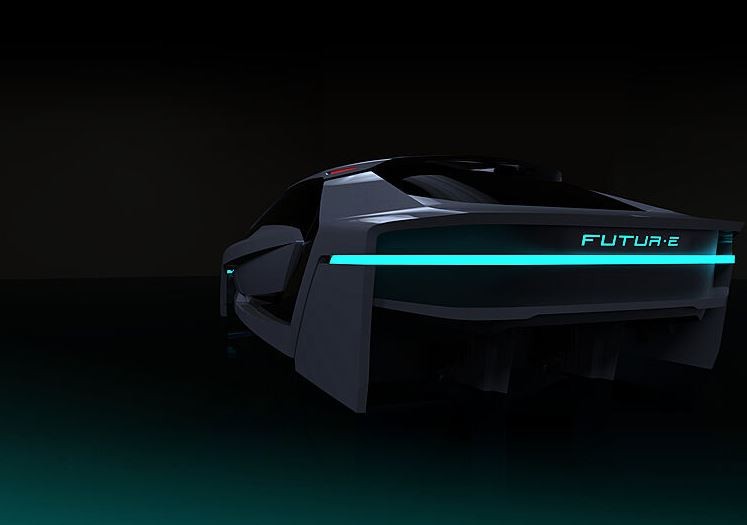 This Superboat Shaped like a sport car and delivering outstanding performance (but on water), Futur-E paints a gorgeous and sophisticated picture of the future of personal mobility on water. Futur-E is an e-foil speedboat that comes with zero emissions, zero noise and zero waves, but style galore. Hydrofoil boats are not exactly uncommon. Vessels with retractable foils that can “fly” on water have been around for a long time, and their popularity is down to the fact that, by lifting themselves over the waterline on the foils, they’re able to deliver higher speeds, improved efficiency, and an overall more comfortable ride. 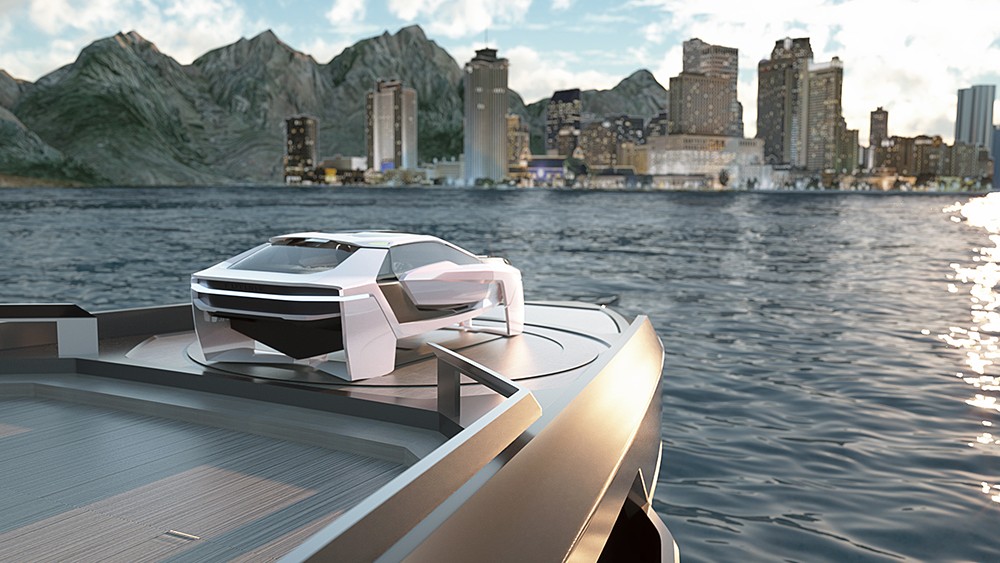 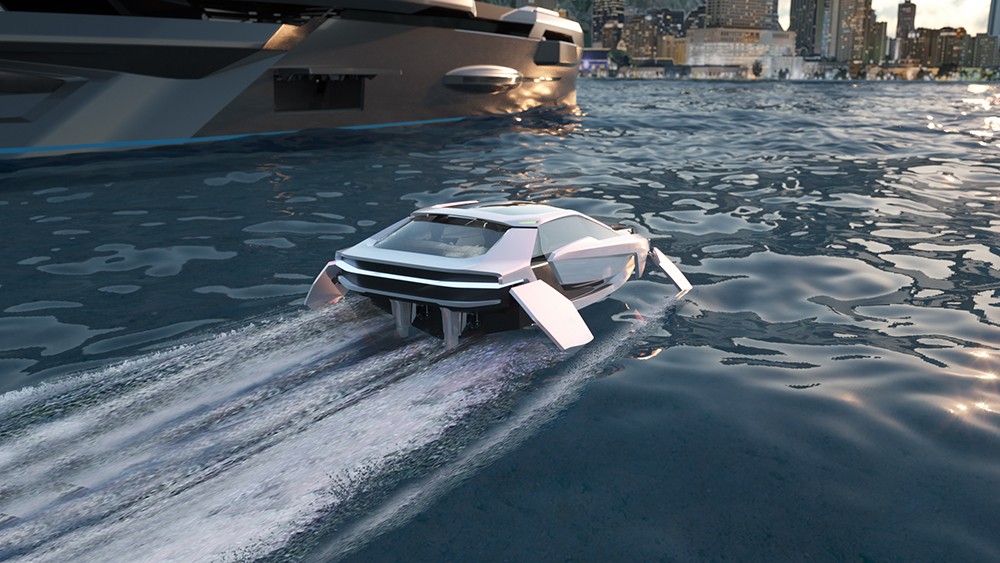 The Future-E is similar, but it stands out from the rest through its distinctive design. The e-foils here are actually four retractable wings that spread out from the body of the boat, when a certain speed is reached. They are completely integrated into the body, thus allowing for minimal friction when they’re not extended. The vessel can be used as a regular boat as well; say, in extreme weather conditions or when guests are in the mood for a more relaxed spin. 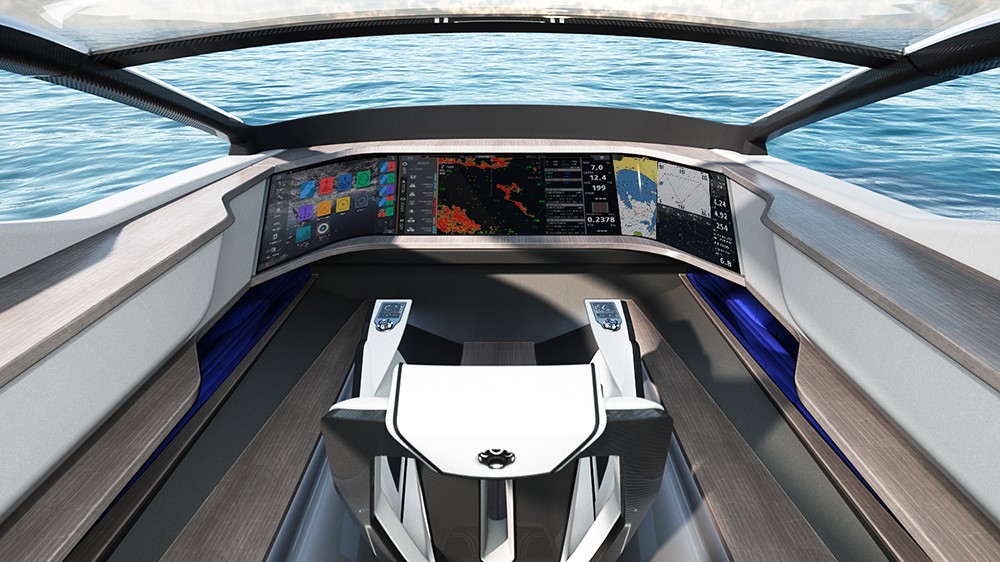 Future-E comes with an open top or a closed cockpit. In the latter version, it has scissor doors for an even more dramatic appearance on the water. The retractable wings can also be used for support when the boat is stored in the tender garage of a yacht, or even on uneven terrain at the docks. 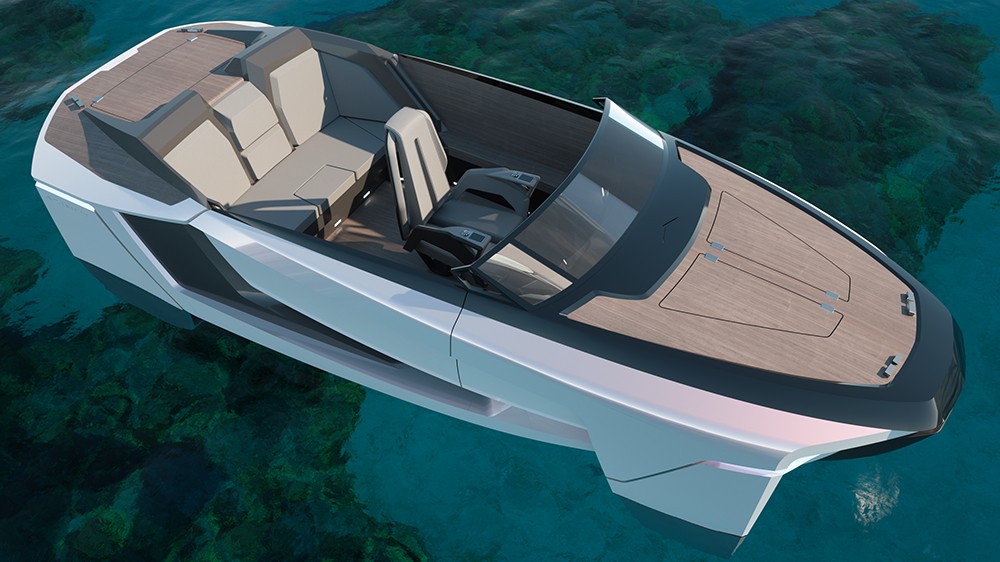 CentrostileDesign imagines the Futur-E with an automotive-inspired kinematic system, in the manner of the suspension on Formula 1 cars. Electro-hydraulic actuators and a gyroscope manage each foil independently, reducing unwanted movement and delivering a stable, smooth ride every time. Handling, according to the design studio, is “very similar to that of a comfortable sportscar.” 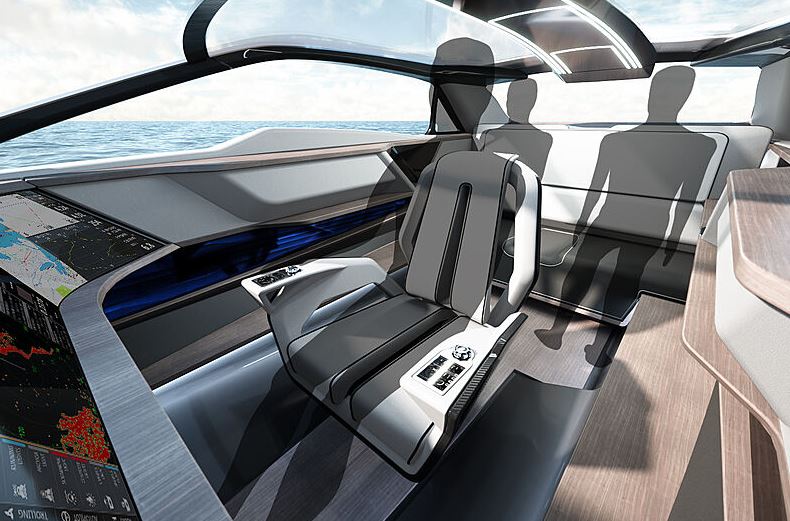 Propulsion would be by means of outboard or inboard engines paired to surface propellers. With a variety of power packages, the Future-E would be capable of soaring at top speeds of up to 30 knots. At 8 knots, the e-foils would start to lift the vessel up, and Full Foiling mode would be reached at 16 knots. 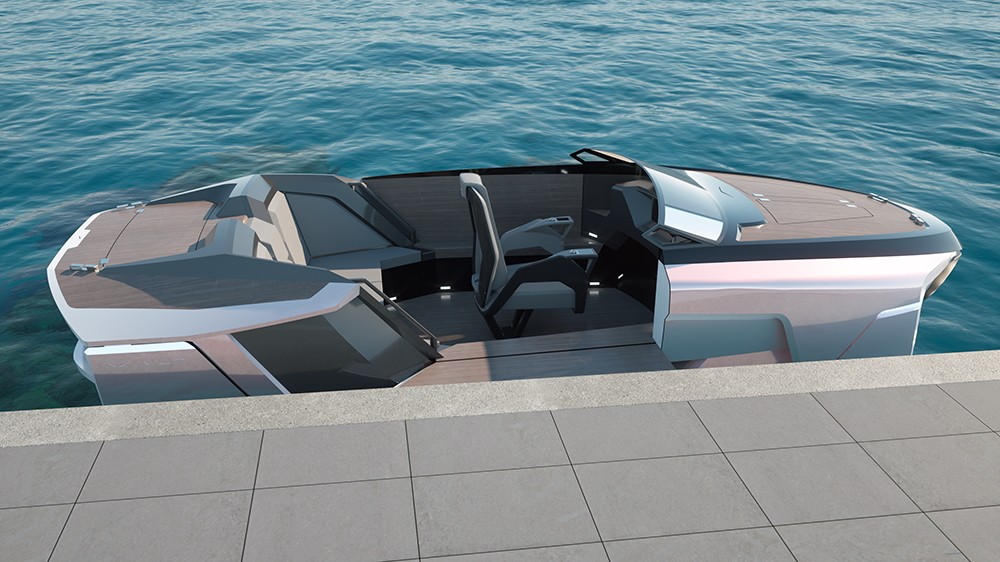 In  keeping with a stated goal of delivering a yacht concept for the decarbonized future, CentrostileDesign imagines the Future-E fully recyclable and made from recycled carbon fiber, including foils and rudders, with structural reinforcements of recycled foam. Even the foils and rudders are also made of carbon fiber. As expected, using much carbon fiber for the body makes it lightweight, which, in turn, helps with performance and efficiency. 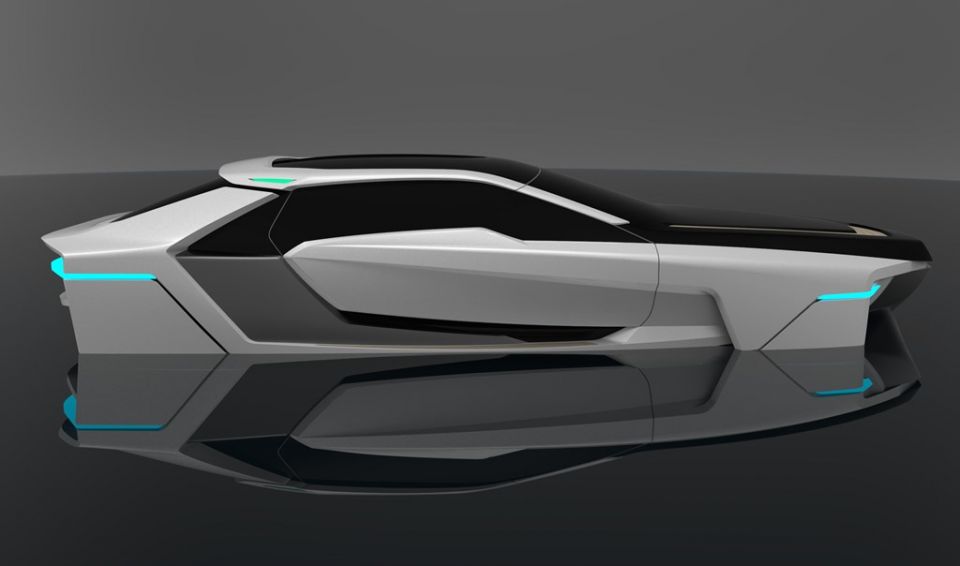 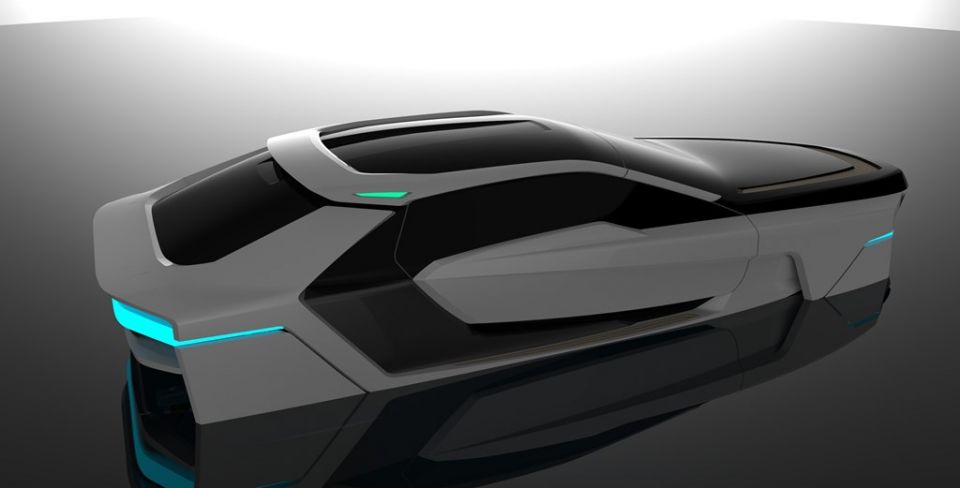 With seating for three passengers and the pilot, the Futur-E could serve as a dayboat or tender, or even as an exploration vessel when included in the tender garage of an explorer superyacht. The layout is minimalist to a fault, with a passenger bench in the rear and the dashboard in the cockpit consisting of wraparound screens. “All navigation and engine data are ergonomically under the pilot’s eyes,” the design studio says. The captain’s chair swivels for enhanced ease of use.

Future-E may be “the boat that wasn’t there” given its minimal carbon footprint, the future is here.