Razer announced a new mouse “Razer DeathAdder V3 Pro” that supports both wireless and wired. The nominal body weight is as light as about 63g, and Razer’s unique new sensor that first appeared in the “Razer Viper V2 Pro” released in May 2022, and the 3rd generation optical sensor It features a switch.

The DeathAdder V3 Pro is the successor to the “Razer DeathAdder V2 Pro”  that appeared in September 2020, and has been reborn as a product for esports professionals.

It supports Razer’s proprietary low-delay wireless technology “Razer HyperSpeed ​​Wireless”, and by combining it with the separately sold “Razer HyperPolling Wireless Dongle”, it is possible to achieve a high-speed report rate of up to 4000 Hz while being wireless. However, the included USB wireless adapter only reports 1000Hz, so an optional option is required to achieve maximum performance. 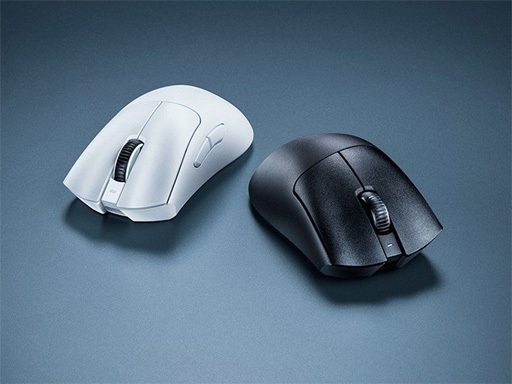 The point is that the newly adopted new sensor “Focus Pro 30K Optical Sensor” has a high specification with a tracking speed of 750 IPS and a maximum acceleration of 70 G.

In addition, the 3rd generation optical switch “Razer Optical Mouse Switch” used for the main button is a switch that specializes in speed, with a minimum time of 0.2ms from the time the button is pressed until the input is detected. Furthermore, the durability has increased from the conventional 70 million times to 90 million times.

Looking at the specifications of DeathAdder V3 Pro, there are many parts in common with the Viper V2 Pro that appeared earlier, and it is difficult to understand the difference. If you need a lighter mouse, you may want to choose DeathAdder V3 Pro.

My1sttoday Tech — Top 5 best 2022 Smartphones under $150 dollars to buy. Having a hard time to find a good cheap smartphone for yourself,...
Read more
Canada

How to Fix Pink Screen Issue on iPhone 13

The Apple Newly Flagship iPhone 13 lineup, users are experiencing an issue with the screen that causes the phone to freeze and displays a...
Read more