Walhalla was designed to be a home on the water for UK couple Alan and Jo Mason and was completed in 2012.

What with the focus on upcycling and mobile, alternative housing in the past couple of years, the Masons were definitely ahead of the curve: they had lived on the water for more than a decade, and they decided they needed up go one size up, while still being able to remain mobile. The plan was to take their home sailing through the canals of Europe, they would say in a 2017 interview. 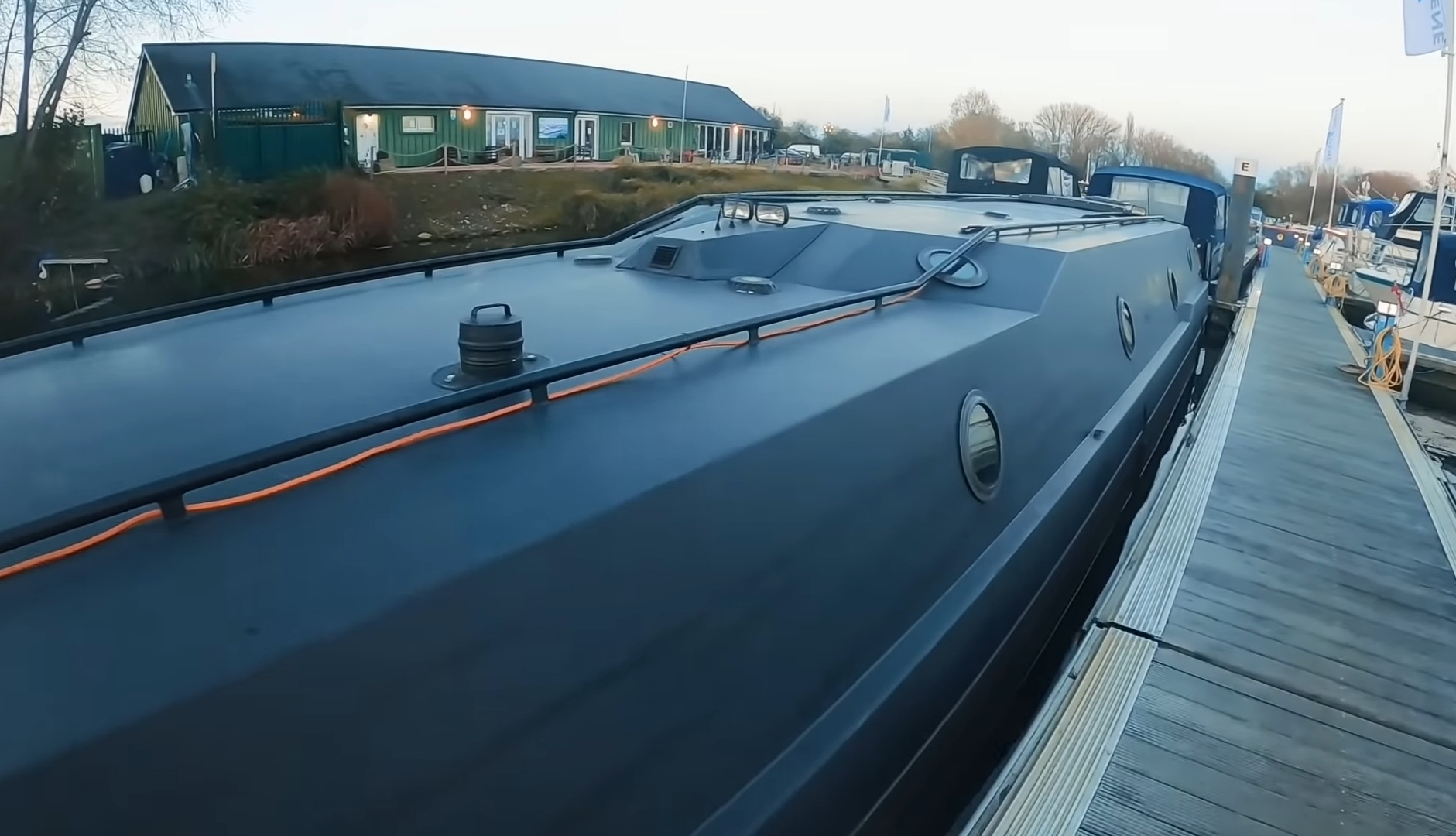 There’s a saying about how man makes plans, and God laughs, and it applies here: the Masons were never able to see their European travel plans come through, as Alan was diagnosed with cancer, and they decided to sell the Walhalla. When that happened, they had lived on it for a while, just enough to know that it was the perfect home on water. 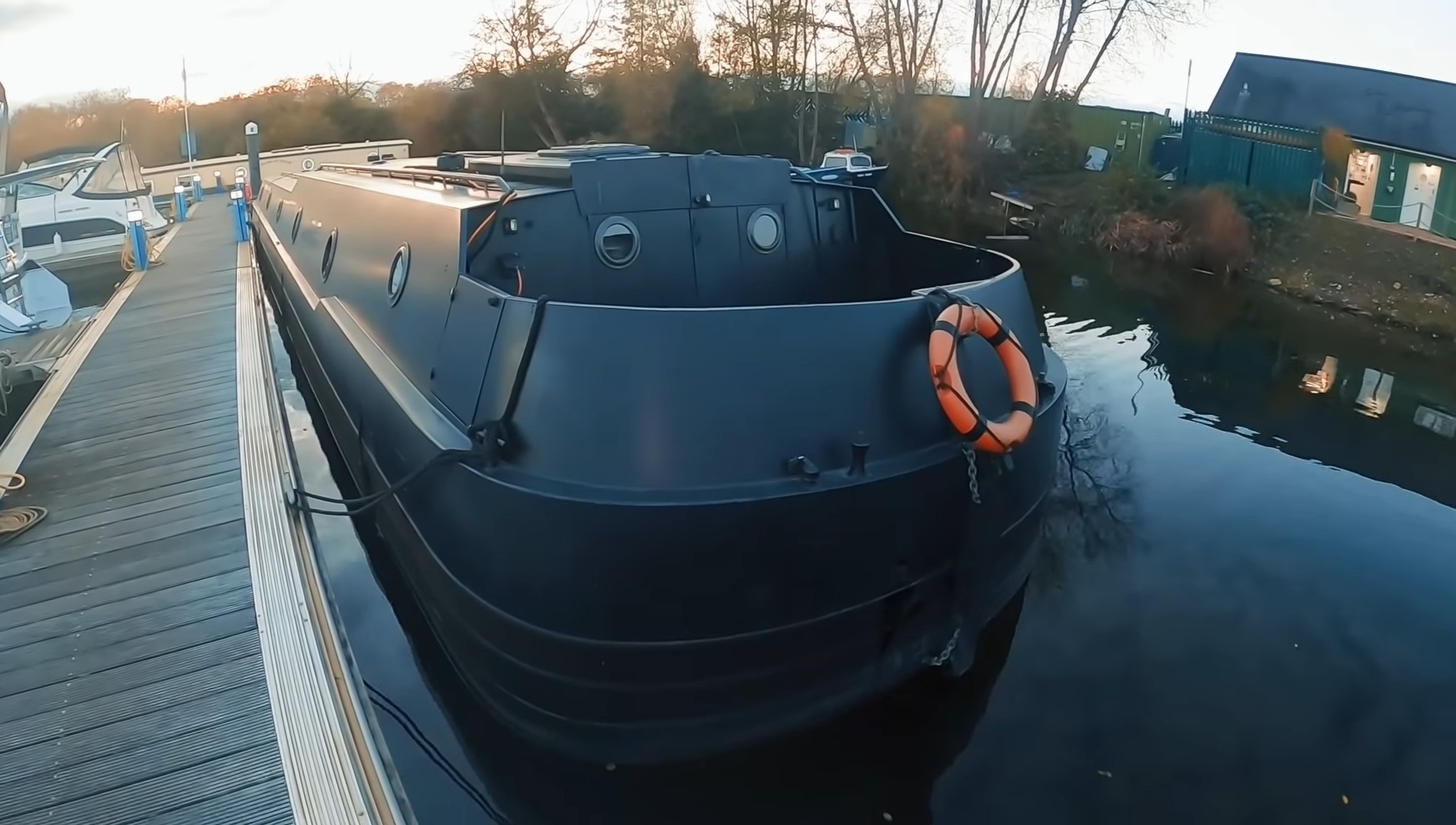 The moment it was first listed, asking £229,000 ($280,000 at the current exchange rate), was the moment when this unique narrowboat became a viral star. Today, it still sits on the Thames and impresses with its aggressive styling. 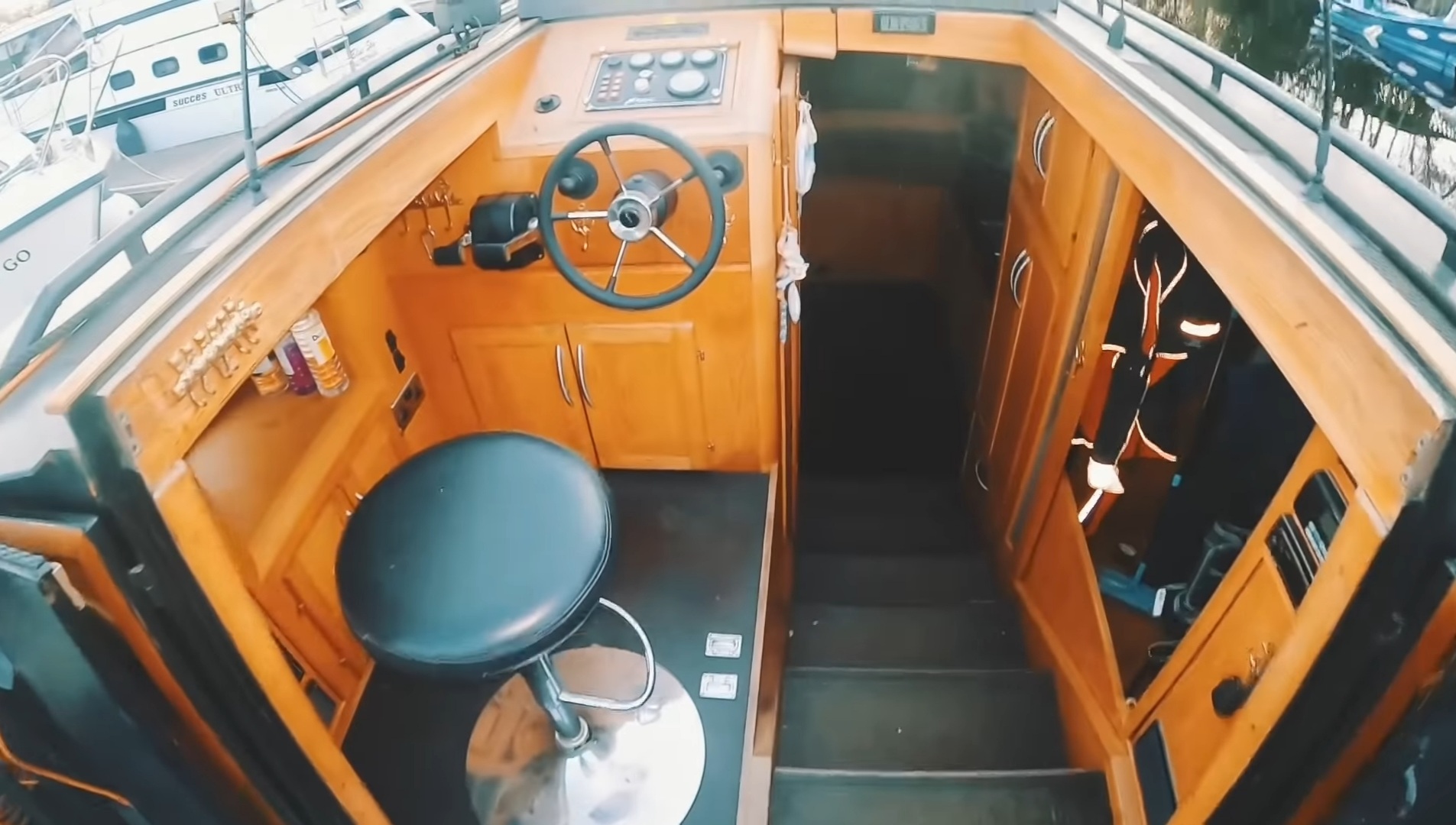 Indeed, there is a lot to be said about Walhalla’s exterior, with its dark steel hull and fully enclosed deck. The barge is actually a Reeves Brothers build, with a total length of 68.57 feet (20.9 meters) and a custom refit by Kate Boats.

It’s powered by an Iveco 6-cylinder 150 hp engine with an all-hydraulic drive to an Axiom propeller. Two 400-liter (88-gallon) fuel tanks are available. The cockpit is at the stern, where you can also find a small portion of open deck that can double as a terrace when moored – just perfect for some spy cosplaying. 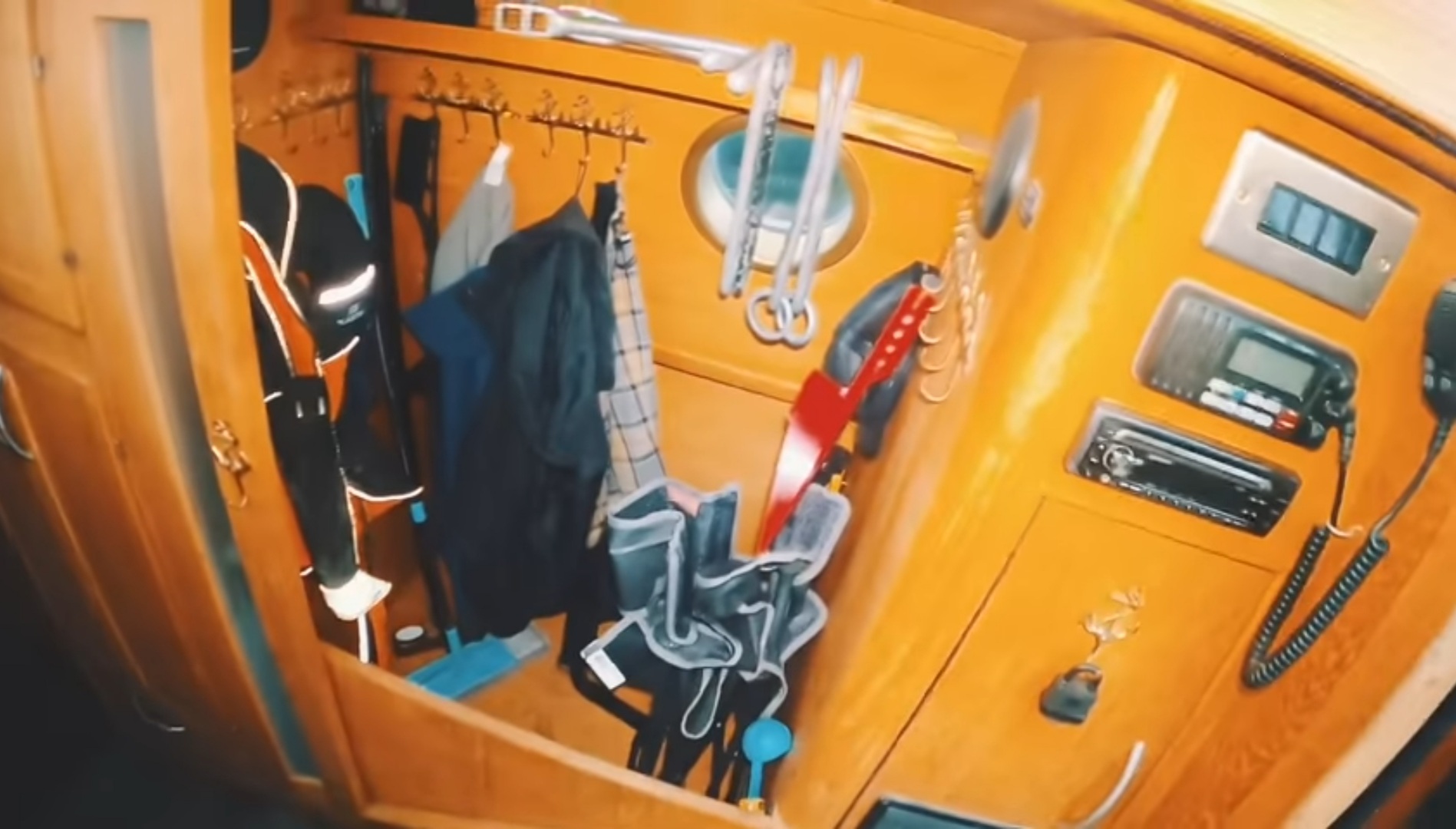 As visually striking as the Walhalla is on the outside, the contrast with the interior is truly spectacular. The Masons described it as a “floating cottage” they simply dubbed the Cottage of the Water, but it’s a proper home, furnished elegantly and not without a certain sense of humor.

Inside, there’s a cozy dining area slash living room slash office slash library, a full galley, a wood-burning stove, his and hers heads (toilets, as one calls them on terra firma), and a master bedroom with plenty of storage space. 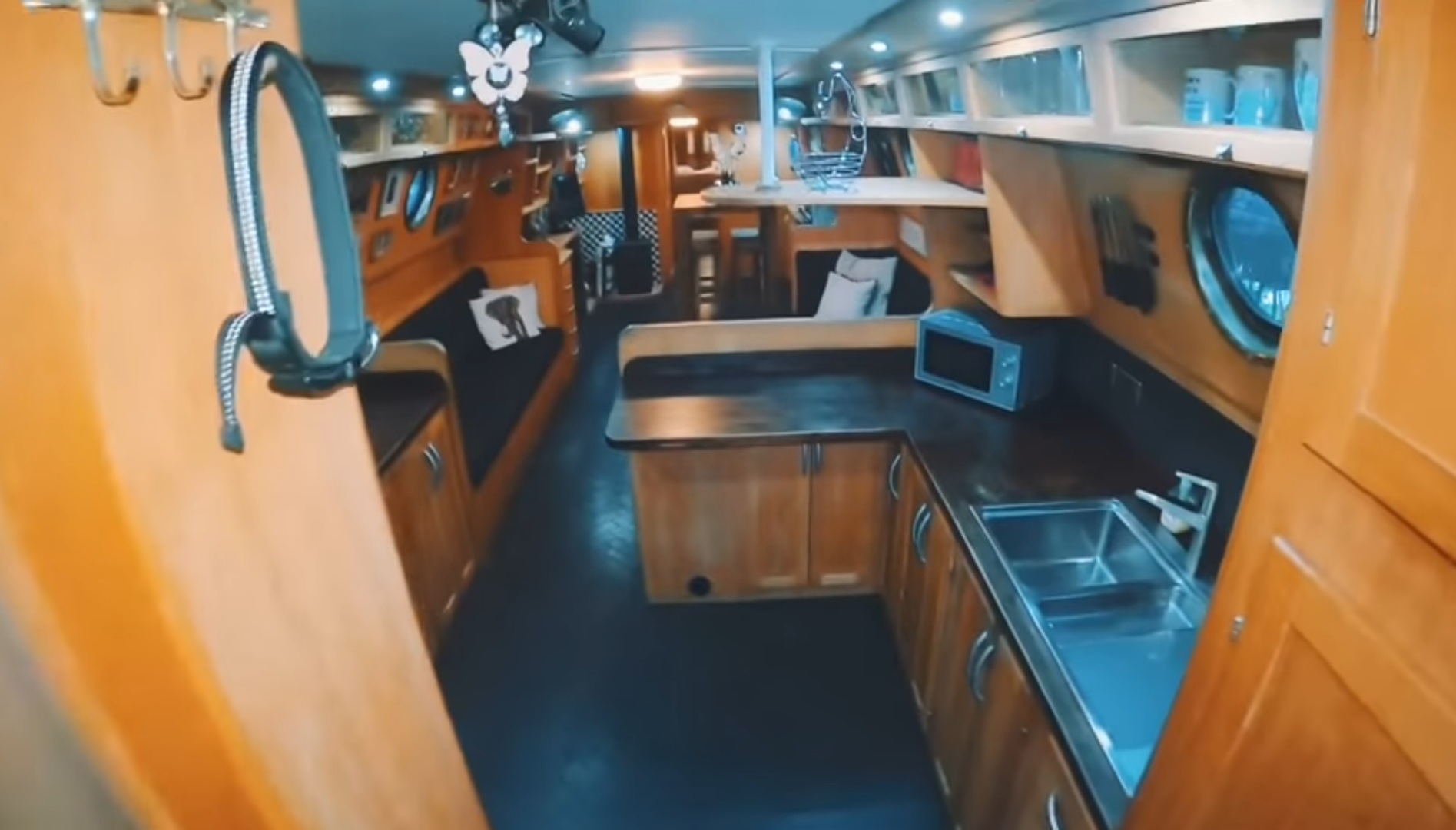 The ceilings are all white, but the parquet is black hardwood, and it makes for a powerful contrast and continuation of the menacing exterior. The parquet is Karndean Black with a hard-wearing quality finish and, perhaps more importantly, under-floor heating. Finishes are all-natural in a bid to make the home sustainable and durable; light oak is used throughout. 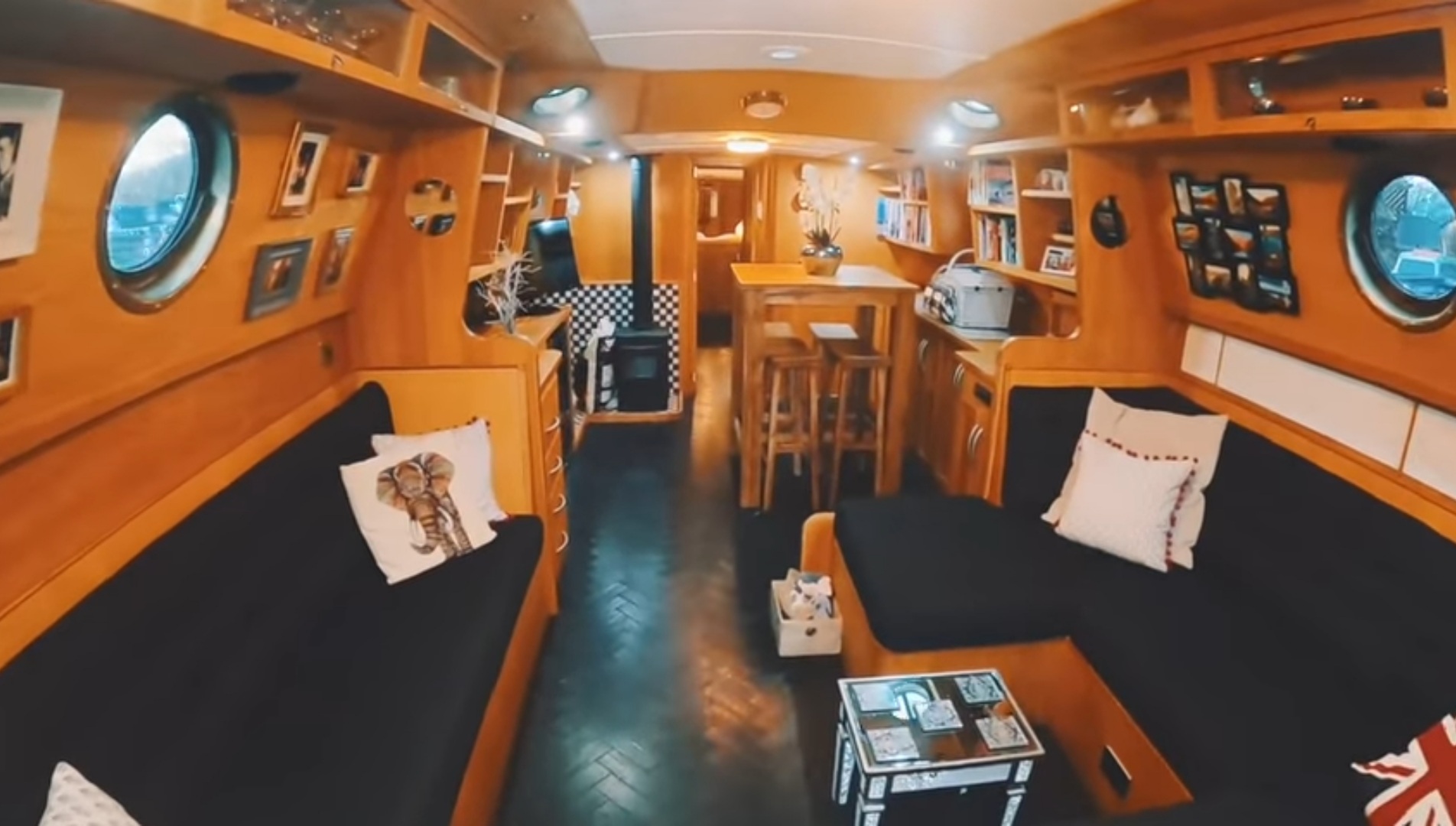 Despite Walhalla’s size, it was not difficult to operate, the Masons said in their one interview with the British media. Thrusters and hydraulics made it a comfortable drive, so they’d come to regard it as a step up from a camper, which is what most people tend to consider as the age of retirement looms. 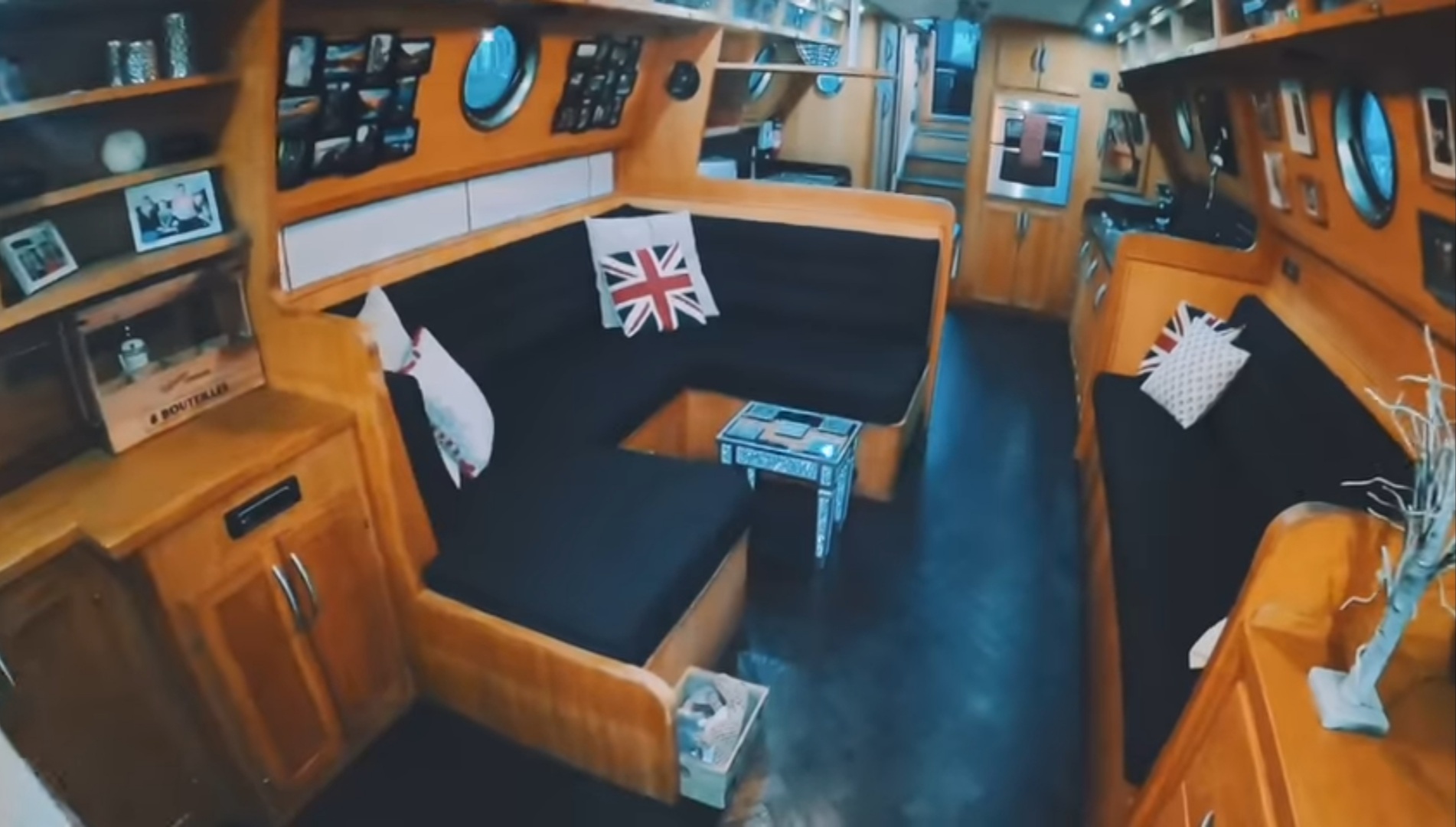 “Lots of people who retire buy a camper van but we thought this was better,” Mrs. Mason said at the time. “We have far more space than a campervan, better joinery and no traffic. It has thrusters and hydraulics so it’s easy to drive and maneuver despite its size. It’s like a floating cottage really.” 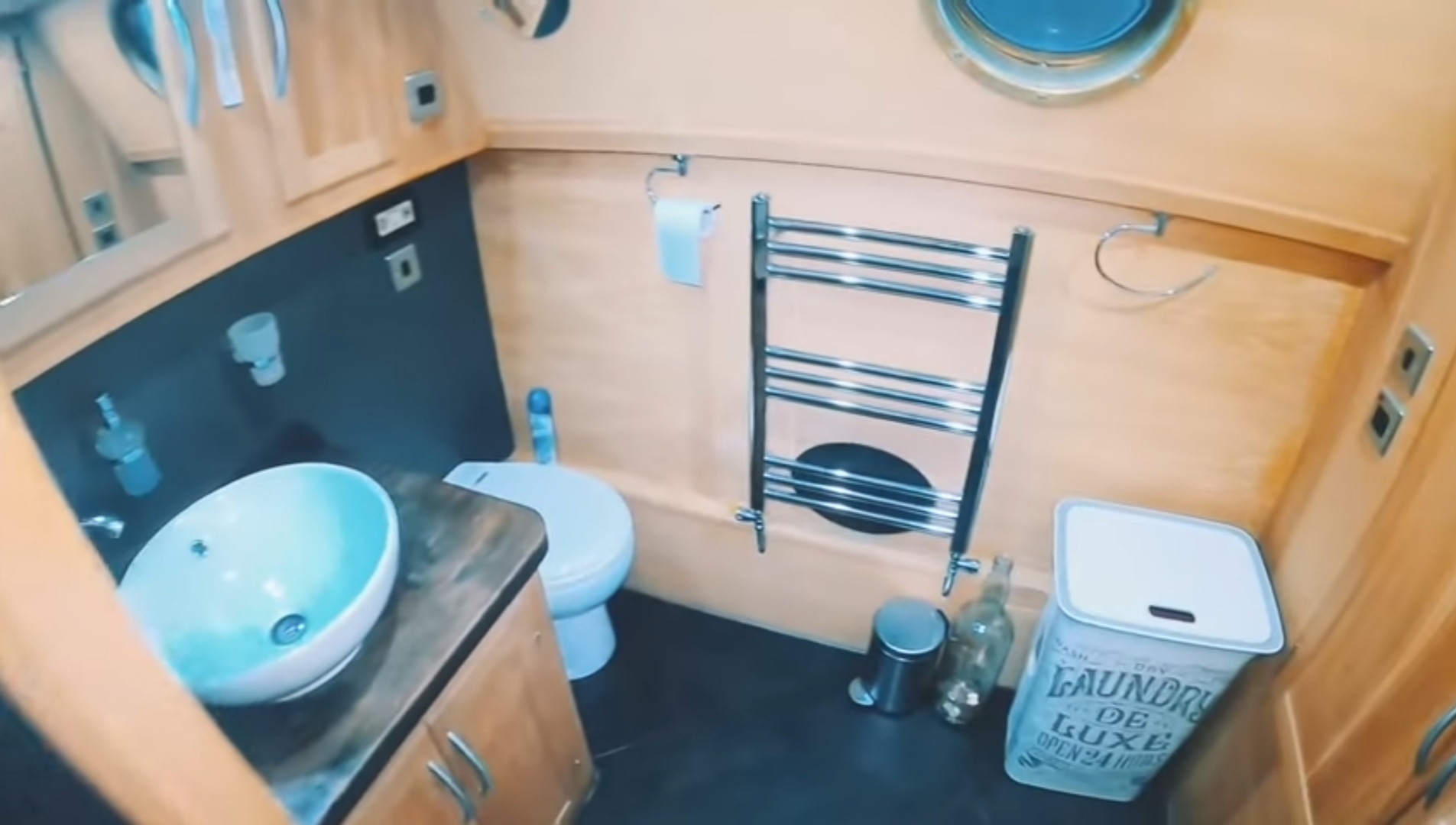 It really is like a floating cottage: comfortable and welcoming, and with everything you could possibly want from a home, plus plenty of personality. But it comes wrapped in a most striking package, which makes the Walhalla a very solid instance of upcyling and a good example that mobile living can mean a lot of things, not just towables. As long as there’s a body of water around, of course. 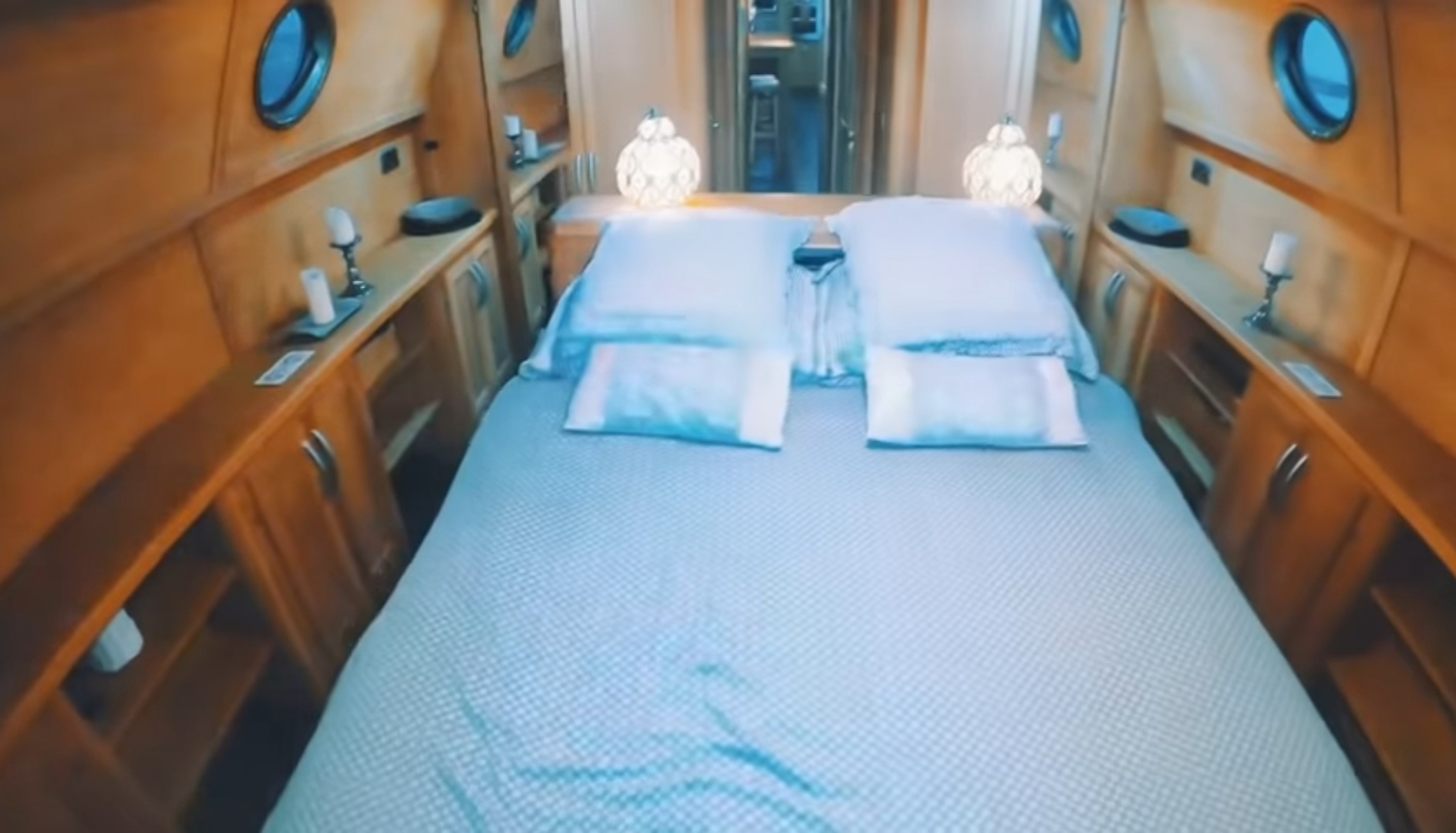 Without further exaggeration, here’s the Walhalla in full glory, see how gorgeous this submarine boat house is, in the video below.

Meet The World’s Longest Car With a Swimming pool, Golf Course And Helipad

My1sttoday — Meet the world’s longest car with a swimming pool, Golf course and helipad. The world's longest car has been restored to its full...
Read more
Autos

Norway To Ban Gas Car Sales in 2025, Replacing The Auto Market With EV’s

Norway to ban gas car sales in 2025, replacing the auto market with EV's, faster than almost anyone outside of Electrek‘s Slack channel could...
Read more
Autos

Meet Hypersonic Jet, The World Fastest Jet, Can Fly From NYC to London in Less Than an Hour

Meet hypersonic jet, the world fastest jet, can fly from NYC to London in less than an hour. Supersonic flight is arriving—in a hurry. In the last...
Read more